It’s easy to imagine the look on the faces of online marketers and webmasters the moment Google announced an incoming core algorithm update. It may have felt like an ominous sign for many, as it’s quite unlikely for Google to “warn” people of a mood change. As an experienced digital marketing agency providing SEO services in Perth, it’s something that we know all too well.

In the online marketing arena, it’s not unusual for marketers to break out in a cold sweat when this happens, as such events can mean the strategies they’ve long worked with may no longer be as effective. Could the latest broad core update be such a big deal?

The June 2019 Core Update: What You Need to Know

A broad core update directly affects the search algorithm used by Google to generally improve search results, making sure that sites are getting the rankings they deserve. This is apparently done to make sure searches produce the most relevant results based on user intent.

Google makes these alterations in their algorithm several times a year mainly to cater to users’ needs better. Unfortunately, Google has not been plainly transparent on the details of every update they release, including this latest one. This is why it’s necessary for webmasters to monitor their sites’ performance when these changes occur to ensure that drops in web traffic are addressed immediately.

Simply referred to as the “June 2019 Core Update,” we can assume that this recent update tries to spot and ward off spammy, keyword-stuffed content, and come up with more valuable, relevant, and helpful information for search users—presumably a tweaking of the Penguin algorithm.

Before Google made these serious enhancements in their algorithm, there was a flood of black-hat SEO campaigns all over the Internet, making the process of search cumbersome for users, and steering them away from high-authority sites that produce valuable content. Now, Google has made sure users need not go through such a clunky process, by ensuring they see great content right on the top ranks.

The Winners and Losers

Although Google has made a reassuring statement that only slight changes have been implemented, and marketers need not do a major overhaul of their strategies, this might not be the case for some well-known sites.

With every major Google algorithm update, some sites get more traffic, others incur losses. Recently, one of the obvious victims is Daily Mail, an online news publication based in the UK, which reportedly suffered a 50% drop in their website traffic. Other sites that lost more than 20% of their traffic include Buzzfeed, The Mirror, The Sun and The Daily Record. Seeing this pattern, it can be assumed that Google has had enough of tabloid journalism. Apparently, these publishers need to amp up their credibility.

Meanwhile, it is great to see good sites gaining traffic from the recent algorithm change. Digital-savvy online publications like TechCrunch, Digital Trends and The Verge had their traffic boosted up to 54%. Some reputable online news sites also gained considerable traffic such as The New York Times, The Washington Post, Wired UK, The Guardian and Financial Times.

Furthermore, there is a noticeable jump in video carousels from this recent update, making Youtube’s visibility increase by 13%. Dailymotion had a 31% rise in traffic, which is highly promising. Online marketers might want to consider amping up their video content from here on.

How to Deal With This Recent Core Update

As mentioned, we can’t be certain about the changes brought upon by the latest update. Google’s directions with every major enhancement have been quite vague ever since.

If your site happens to be one of the casualties from this recent change, a thorough evaluation of your SEO habits, especially your content production, would be a practical move. What do other well-ranked sites have that you don’t? What would make your site more appealing and helpful to users? Are you providing a great user experience? Maybe it’s time to bring in new content creators or get in touch with an SEO agency in Perth?

If your traffic stayed consistent, you will then have to keep working smart to gain more. For all online marketers, it is beneficial to come up with modifications that generally lead to better content relevance and quality, and enhanced user experience.

At Dilate Digital, we’re experts in supporting local businesses with their online presence, helping you to achieve your desired business results. If you decide that it is time to work with an SEO agency in Perth, call Dilate today and start something special.

Hi I am Bodie Czeladka, surfer and devoted dad from Perth Western Australia and founder of Dilate Digital. I crafted Dilate Digital from a home theatre room in 2012 and worked solo as a freelancer until hiring my first staff member in early 2014. Dilate Digital now has the privilege of employing over 50 superstars world wide and this is just the start. I believe the best of me is still hiding up my sleeve.

I simply cannot recommend this business highly enough! Since starting with them my business has had a huge increase in online and walk-in traffic which has grown our business to the next level. The account managers are exceptional and are passionate with what they do and offer ideas and advice to grow your business from strength to strength. My dealings with Carla and now Aimee have been five star and the owner is always on hand if you need to discuss any issues. 20 out of 10 stars and you will not be sorry if you put your trust in this fantastic LOCAL Perth company.
Natasha Ottey

Bredon and Co are a great group to deal with. They certainly know what they are doing, produce high quality content and have helped us achieve good growth. Highly recommend!
Paul van Oord

Director Bodie is just absolutely fantastic - he was completely honest with me and could have easily taken several thousand dollars off me, but he advised my business was too small for a company like Dilate, and gave me loads of brutally honest feedback that I have actioned immediately on my site. I wish I wasn't a "DNQ lead - Too Small" but hey- And perhaps one day I'll grow up to be a real player like Dilate - but for now, here's some good karma for you.
Lawrence Hobart

Mark Noakes is a pleasure to deal with. Nothing is too much trouble and he’s offered a lot of helpful advice that has saved me time and money. I wouldn’t hesitate to recommend Dilate to anyone.
Oscar J 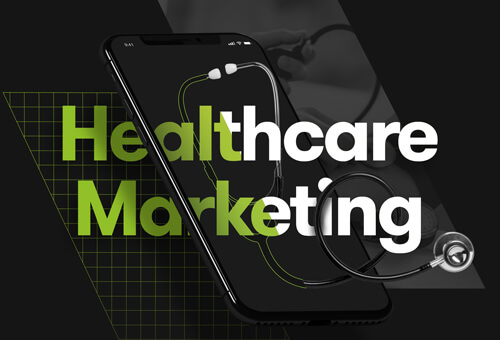 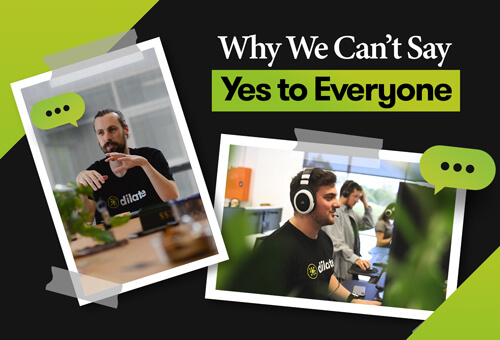 Why We Can’t Say Yes to Everyone

You get leads, you turn them away. Are you crazy? Not necessarily. Here at Dilate, there is a reason we…

Got an eCommerce store and want to boost conversions and bring in more profit? Good news – there are plenty…